When you relentlessly look for light in the physical darkness be prepared.

If you want to stay on this site and read more posts from this Blog, click here.

Had my paradigm destroyed yesterday.

Up until yesterday, i thought of the gym as strength exercises and core exercises.

Charles, a personal trainer about my age, observed a few of the things i was doing and this ultimately ended with me getting schooled.

What if every exercise is a core exercise?

And thanks to Charles, i’m ready to .think .differently about core.

On April Fool’s Day 2009, jeff noel began writing five daily, differently-themed blogs (on five different sites). It was to be a 100-day self-imposed “writer’s bootcamp”, in preparation for writing his first book. He hasn’t missed a single day since.

In each photo, catch the first (shorter) blue horizontal line – the mile times…

The night before, i was all excited about running in the morning. But when the morning came yesterday, it was really humid, and i just wasn’t feeling it, blah, blah, blah. Plus the time pressure of having an early High School tour.

But then, a runner. He unexpectedly came from behind and passed me as i finished the first warmup mile and stopped to stretch.

He was several hundred meters ahead when the stretching was done and i decided to see if i could catch him – slow and steady of course.

While the 6:06 split was nice, i had this crazy notion of trying a second attempt to go sub-six minutes. Had never attempted it because i thought it was impossible.

The refusal to quit is the secret sauce that no one talks about.

Only running three days a week as a retiree. This past week was astonishing with runs of 14, 13.1 and 10 miles.

Hidden in these numbers is the lifetime longest and second longest runs ever, in 55 years.

How is that possible? 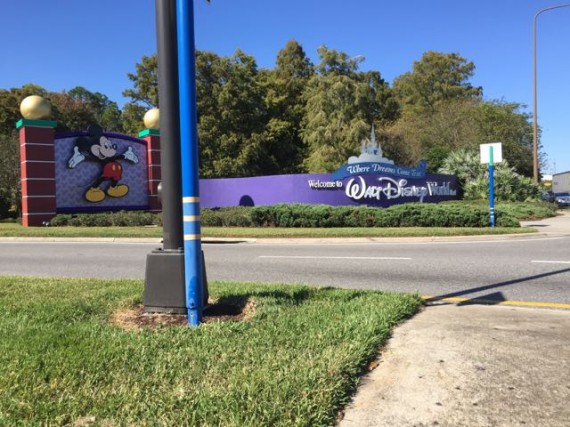 (photo: One of Walt Disney World’s Main Entrances. This one is at Crossroads.)

Spent 15 years traveling the globe revealing the ‘why’ for Disney. People let the what and the how get in the way of their breakthrough. Hell bent on never letting that happen.

What’s the one most important consideration for a lifetime of health, wellness, and balance?

What would you say?

Imagine the power in having an instantaneous answer.

We get hung up (lost even) in the how and the what.  Forget those. Think ‘why?’