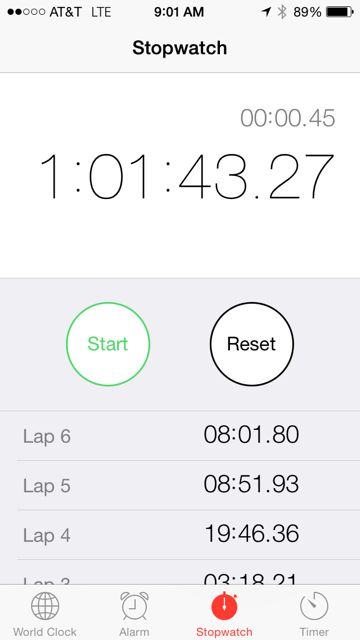 (photo: screen shot of the alternating walk and run times… Lap 1 was a 17-minute walk)

Life has a funny way of delivering on common sense if we allow it. Especially when we don’t feel like allowing it. Mostly because we think today is going to be the exception.

Felt the need to run but really didn’t feel like running. So it began as a walk.

After a mile or so, decided to run – it was only for three minutes. Just wasn’t feeling it.

Turned off the coastal road and hit the beach and had a strong headwind.

Nearly 20 minutes of running later, a break with a nine-minute walk. Followed by eight more minutes of jogging.

An hour after ‘not feeling like running’, felt refreshed and alive.