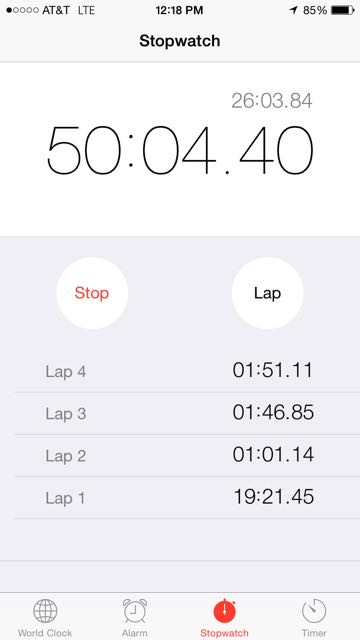 (photo: The lap times where periods of acceleration or recovery. Mixing things up to keep it interesting.)

Wouldn’t it be great if it was an inside job?

Experimenting with running three times a week instead of the traditional goal of five times.

Since retiring six weeks ago it’s been steady.

And now, what used to be the longest run, five miles, was the shortest run (yesterday) in the past six weeks, 50 minutes.